The Story Behind The Picture 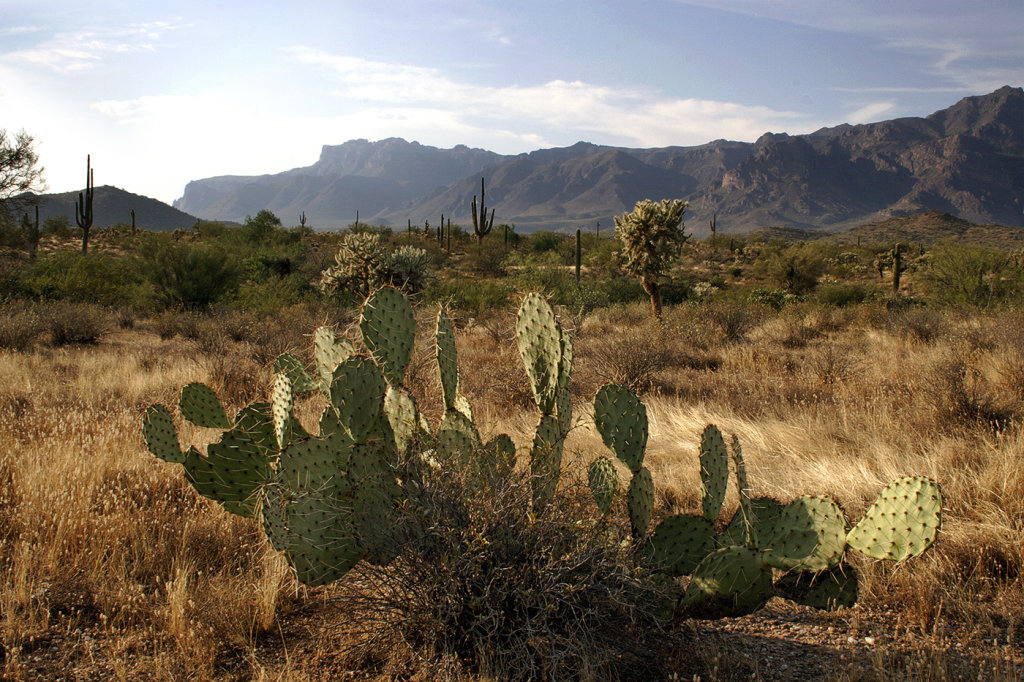 The Story Behind the Picture …. Arizona Desert …. a cautionary tale
In 2005, we drove round Arizona, flying into and out of Phoenix. On our way to Tucson, few miles east of Phoenix, we came across the intriguingly-named ‘Lost Dutchman State Park’ on the road to Tortilla Flat and off the beaten track …. In fact the road was a track!

However, the landscape and vegetation was magnificent a real desert habitat. As a photographic judge I am always advising photographers to take lots of shots and to vary their viewpoint.

So knowing that here was a scene not to be missed I parked at the side of the track and, practising what I preach, moved a little away from the car to a spot with a degree of foreground interest and with a dramatic Superstition Mountains range beyond.

Yvonne called from the car to watch out for snakes and I carefully positioned myself and the camera. A low angle was clearly the best option, so I crouched down ……

Have you heard of cholla? It’s in the picture, it’s the cactus just off centre, it has these finger-like sections that break off quite easily, a part of its propagation or reproductive process. It also has extreme spines with added barbs, to remain attached to wildlife that can distribute the seed more widely.

One had attached itself to my heel and as I bopped down so it connected with my backside painfully and securely! It was worse than Velcro and would not detach.

Now you would think that the benefit of having a photographic assistant with you on photo shoots is they are available to deal with cactus! But not snakes! So Yvonne’s response was, “Come over her and I’ll help you, BUT I’m not getting out of the car!”
Next
Previous